In 1971, Jim and Jean Douglas of Grand Rapids, Michigan, reached out to modernist architect Richard Meier in New York. They’d read about his Smith House in Connecticut, after seeing it on the cover of Architectural Record magazine in 1968. And they wanted a residence like it for themselves, built on their lot in Harbor Springs, Michigan.

“They’d seen it and loved it, and they wanted the openness and transparency that exists at Smith,” Meier says.

Alas, the head of the architectural committee at their chosen subdivision vetoed the idea of a white house – a Meier trademark. So the couple began looking for land elsewhere. And they found it – on a much more dramatic site.

It was a steep slope, conifer-covered and overlooking Lake Michigan. The Douglases toured it with a realtor – and bought it. Meier reviewed it, thought about it for a time, then dispatched Tod Williams, his employee and former student at the Princeton University School of Architecture, to Michigan. He would become the project architect.

The new house was destined to be a forward-looking evolution – a cousin, not a copy, of its predecessors. “One of the tasks when I arrived at Meier’s office was to assist Ezra Stoller in the photography of the [1967] Hoffman House,” Williams says. “Stoller had photographed the Smith House, so knowing of the early houses was an important entrée into Meier’s design thinking.” 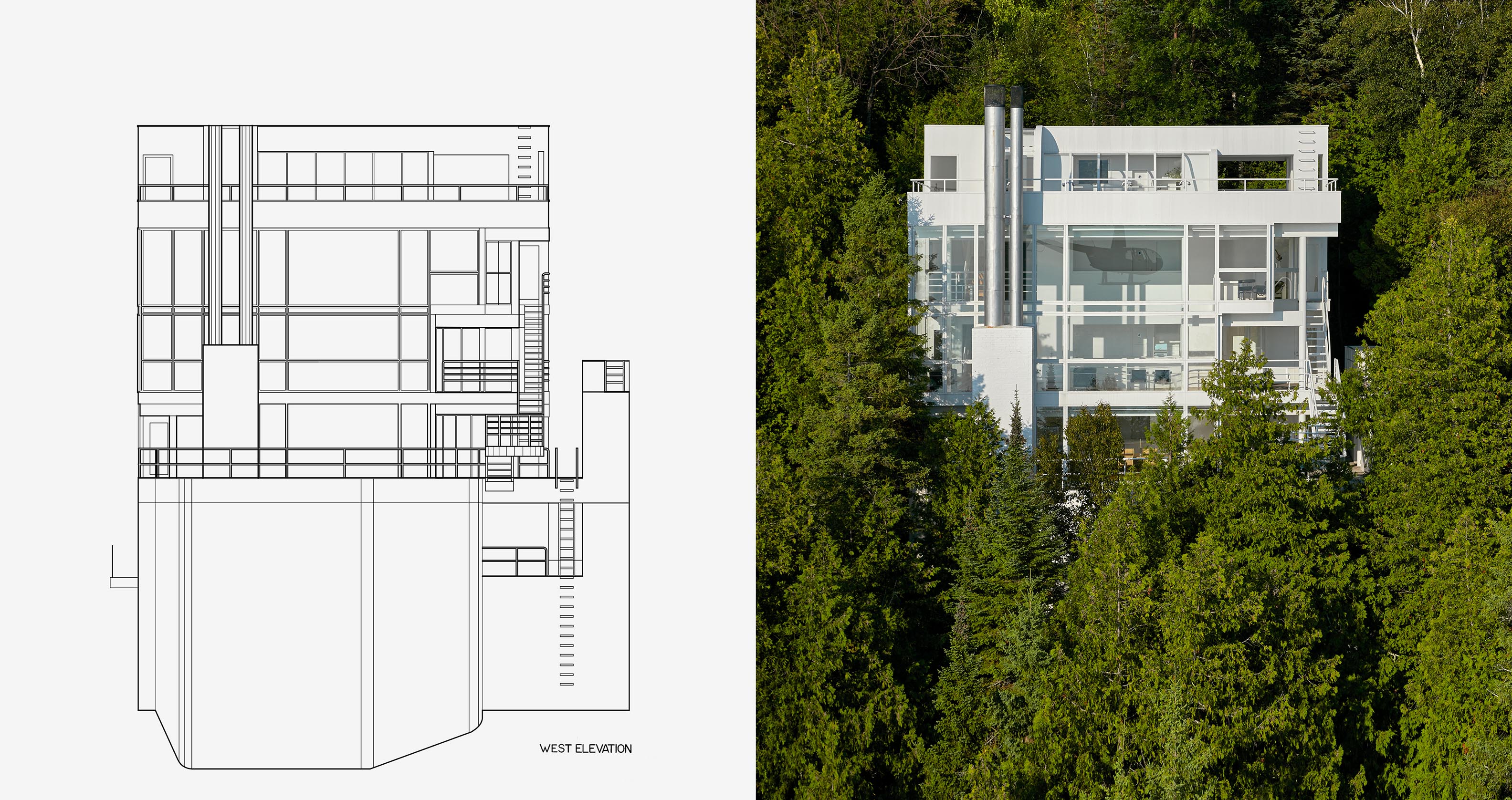 With Meier in the New York studio and Williams on site during the summer of 1972, the pair traded initial sketches back and forth. Later, Williams would send drawings to the studio, where Meier, Sherman Kung, and John Colamarino would work on the home’s further evolution.

The four architects would create a residence that some call Richard Meier’s best. “The nicest things about it are the quality of light and shadows – and the reflective light from the lake,” says architect Frank Harmon, who was practicing in Meier’s office during the 1970s. “It’s a very beautiful, sculptural object.”

Meier would become the youngest recipient of the Pritzker Prize, at age 49 in 1984, then win the AIA Gold Medal in 1997, the same year the Meier-designed Getty Center in Los Angeles opened.

Their design for the Douglas House, bright white and freestanding, simultaneously contrasts and complements the deep green of the surrounding forest, as well as the sapphire blue of Lake Michigan.

It is an architectural masterpiece. 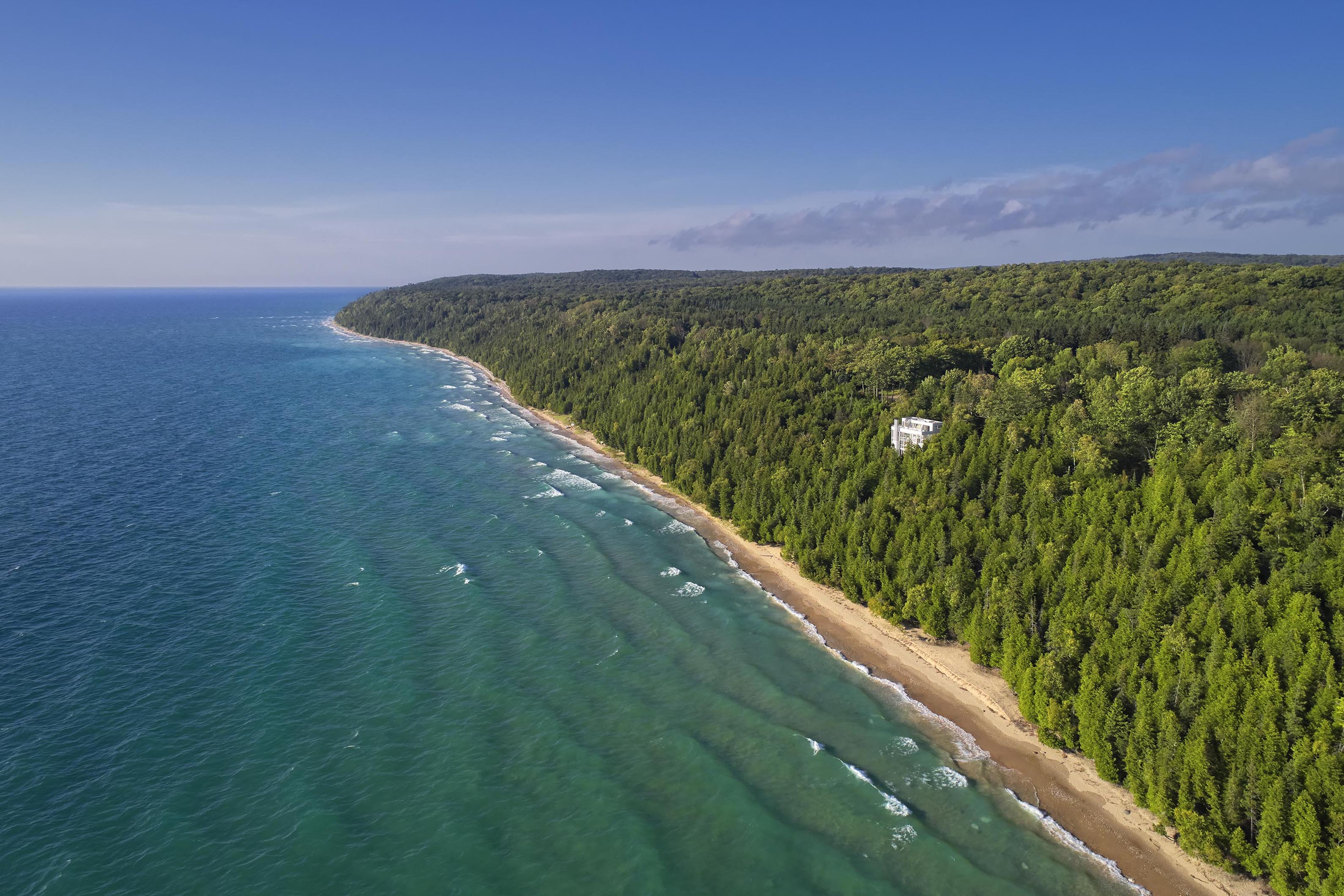